With the motivation and power of quality education, Engineers Academy has showed its presence in PAN India for ESE, IRMS, GATE, SSC-JE, iPATE , AE/JE coaching covering major cities of country like Ajmer, Jaipur, Jodhpur, Pryagraj, Lucknow, Delhi, Kota,  Patna,  Bhopal, Agra, LPU , Jalandhar, Ranchi, Kanpur, and Nagpur. Engineers Academy study material is even famous among students preparing for prestigious exams like DMRC, ISRO, AAI, FCI, WRD, PHED, DRDO, and Railway RRB JE. Therefore if you want to step up on the ladder of success, then you must join EA as a coaching Institute. Engineers Academy is also enlisted with the National Project Implement Unit. NPIU is renowned for providing GATE coaching under the technical education Quality Improvement Program of Government of India, implemented as the World Bank assisted a project to enhance the quality of technical education system within the country.

In Six month time, I was able to prepare for TTA exam with the help of Engineers ACADEMY and faculties. TTA-JE Focused study materials and online mock tests helped me know my strength & weakness to prepare accordingly. I wish all the best to all TTA aspirants and suggest them to go through TTA coaching in case the basics are not clear.

Engineers  Academy is questions covered a wide variety of topics and were similar to TTA  paper standard. The online platform replicated the actual  test environment and the detailed solutions were sufficient to clear all doubts regarding the question. Thanks to Engineers  Academy team to provide such wonderful tests & platform.

I would like to thank Engineers Academy from the bottom of my heart for the guidance and help in my preparation for WRD Coaching in Jaipur. This gave me great confidence to pursue the examination again with renewed vigor and secure such a high rank in WRD Examination.

I am highly impressed with EA. It is a system-base organization. Why I am impressed because in the classroom, tried tested and trusted teaching methodology is followed. Application-based conceptual and effective classroom teaching is given.

I am big fan of EA. EA provides healthy, competitive interactive environment in the class. Teachers taught me how to improve strike rate and how to overcome the mistake during the exam. EA's Assessment system is innovative examination pattern-based, EA's periodic testing is amazing 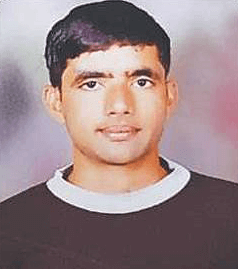 Engineers Academy is not only a coaching institute but also perfect platform for students whose dream to be a part of Engineering Services The highly experienced faculty, supportive staff and Excellent study material helped me to understand and overcome my weakness proves to be trustworthy as it contains the scrutinized material and questions of previous years. I am thankful to Engineers Academy for providing me very good environment of competition study. 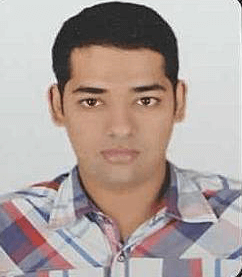 From the very outset, Engineers Academy has provided excellent service. Their content caters to the need of our Competitive Exam and they have taken every measure to incorporate changes when necessary

I was able to qualify my various exams because of Engineers Academy’s amazing course content, experienced and expert faculty members, updated test-series and learning environment .overall Engineers Academy is the best institute for PSUs,AE/JE and all other technical competitive exams.

Taking admission into Engineers Academy is like paying for an exclusive world tour. The Institute is comprised of different people from different nationalities which makes it a global community for diverse learning. It has been a wonderful experience for me so far in the Institute. It is indeed beyond boundaries. Potentials are harnessed, skills are developed, confidence is built and dreams are realized.

Your Message Has Been Sent ! Thanks We Will Contact Very Soon.

Your Message Has Been Sent ! Thanks We Will Contact Very Soon.